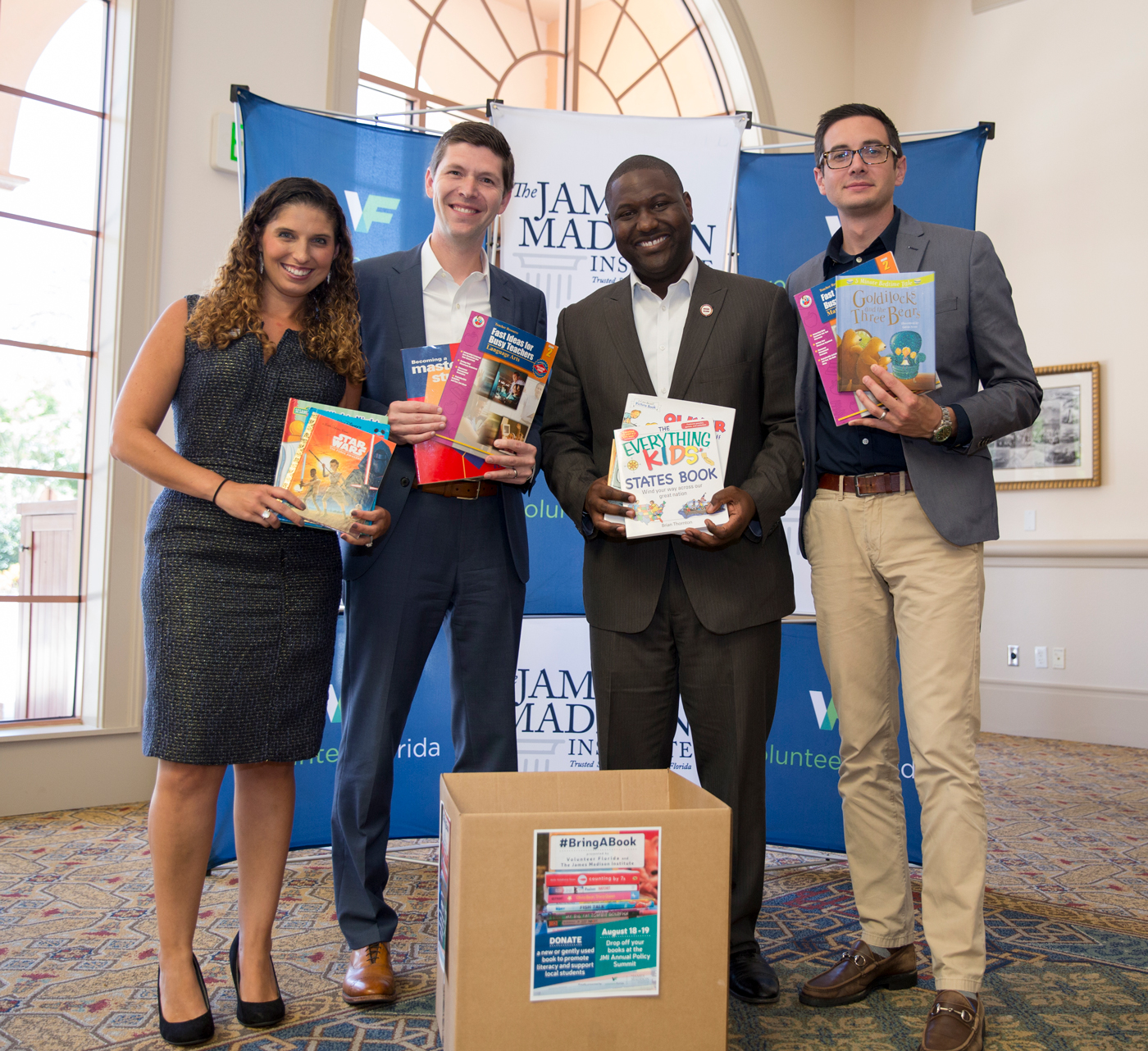 The CFUL and the Learning Tree at South City in Tallahassee are two organizations what will benefit from the Volunteer Florida and The James Madison Institute's #BringABook service project. Books were donated at the recent JMI’s Annual Policy Summit!

Thank you to all who participated in and supported this literacy service project!

Gilzean was one of several candidates considered by Governor Scott. In addition to his position as Interim President and CEO of the CFUL, Gilzean is a fellow with the James Madison Institute, a program that recognizes top leaders in the state of Florida. Prior to joining the CFUL, Gilzean served as a trustee for Florida A&M University and was a member of the Pinellas County School Board.