ORLANDO, JUNE 1, 2016 – The Central Florida Urban League (CFUL) and the youth of Orange County will be coming together to honor local members of the law enforcement community on Friday, June 3 (11:30 am to 1 pm) at the Citrus Club (255 South Orange Avenue).

Local youth were asked to nominate members of the law enforcement community whom have made a significant impact on their lives. After receiving the nominations, a committee selected seven individuals: six nominated by the youth and one by the Central Florida Urban League, whom will each be presented with a special honor during Friday’s luncheon.

While these nominees are aware that they are being recognized on Friday, they do not know who nominated them for this special honor, ensuring that the will be surprised by seeing first-hand how they truly impacted the youth of Orange County.

“We wanted to showcase that the police officers in our community are doing extraordinary things. We received an overwhelming number of nominations, truly demonstrating that there is so much good being done by law enforcement,” said Glenton Gilzean Jr., President and CEO of the Central Florida Urban League. “Honoring Our Heroes is just one of many initiatives that the CFUL has organized with the goal of bridging the gap between our community and law enforcement.”

The CFUL would like to thank: the City of Orlando, the Walt Disney Company, Orange County Public Schools, the Orlando Police Department, the Orange County Sheriff's Office, Brighthouse Networks, Orange County and the Florida Office of the Attorney General for their support of this initiative.

Click below for the Honoring Our Heroes PSA, sponsored by Bright House: 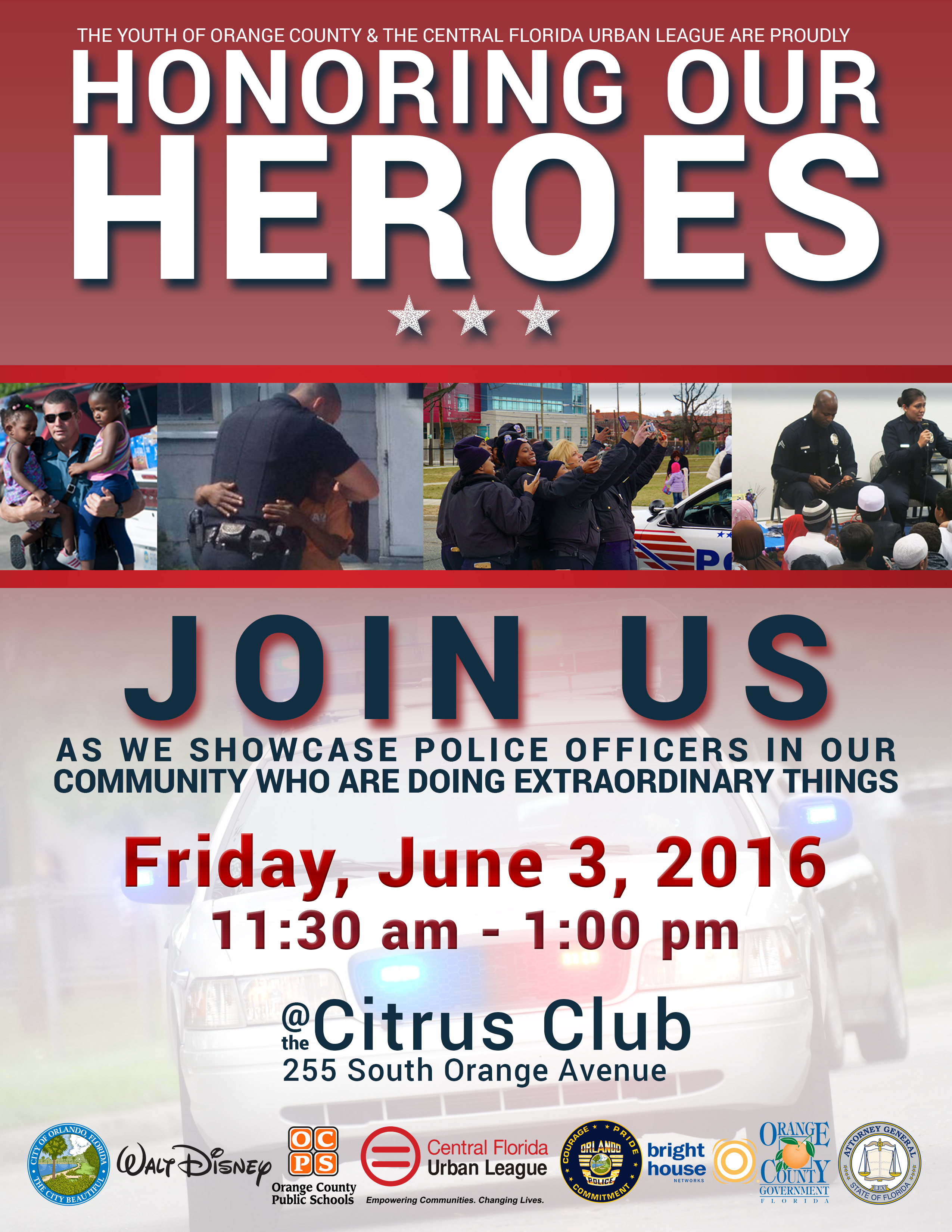