To engage Young Professionals in the Central Florida Urban League's (CFUL) movement towards the achievement of social and economic equality through literacy.

Our vision is to be the premier professional organization in Central Florida, whose focus is volunteering in the local community and aligning with service associations. The sustained focus includes engaging and empowering young professionals through signature programs, networking events, and workshops. 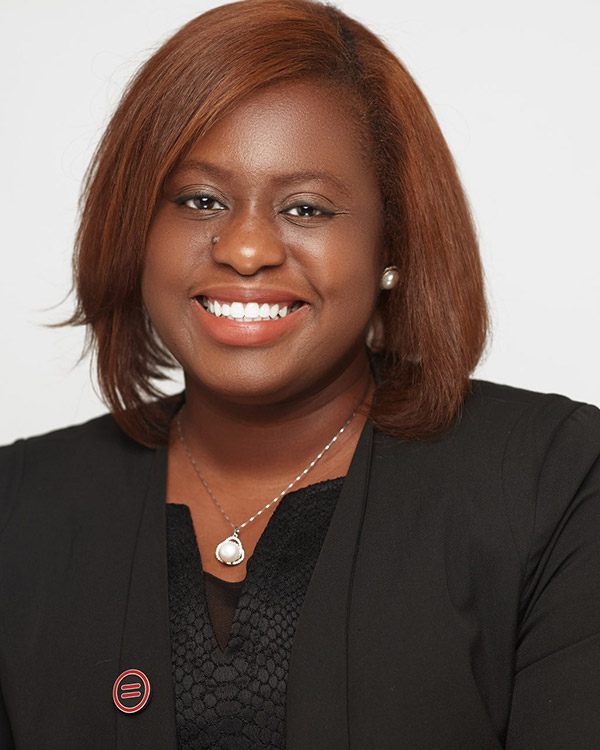 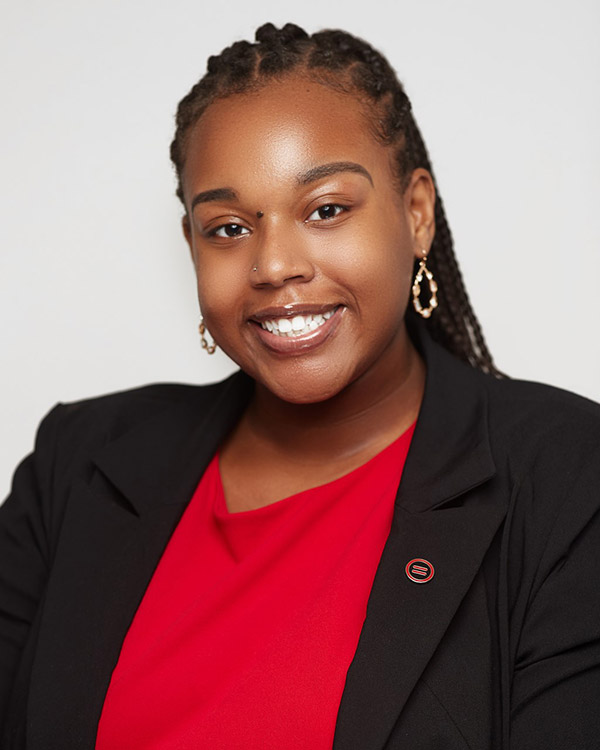 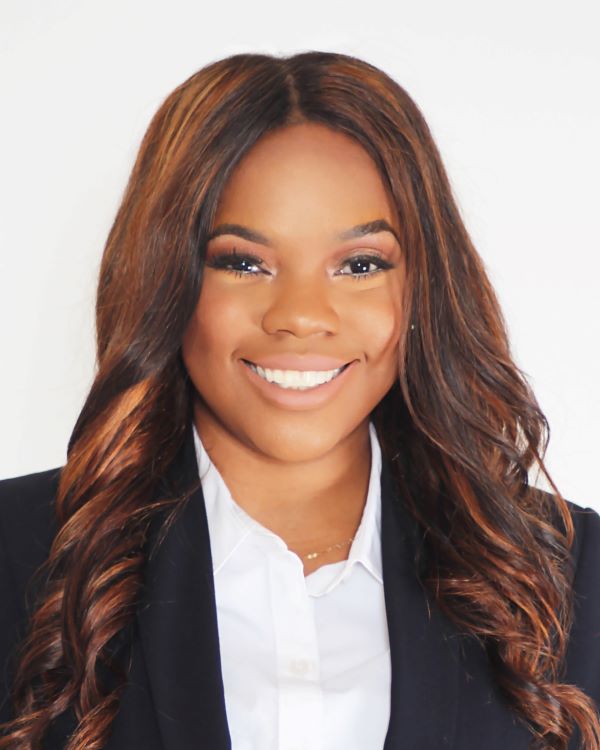 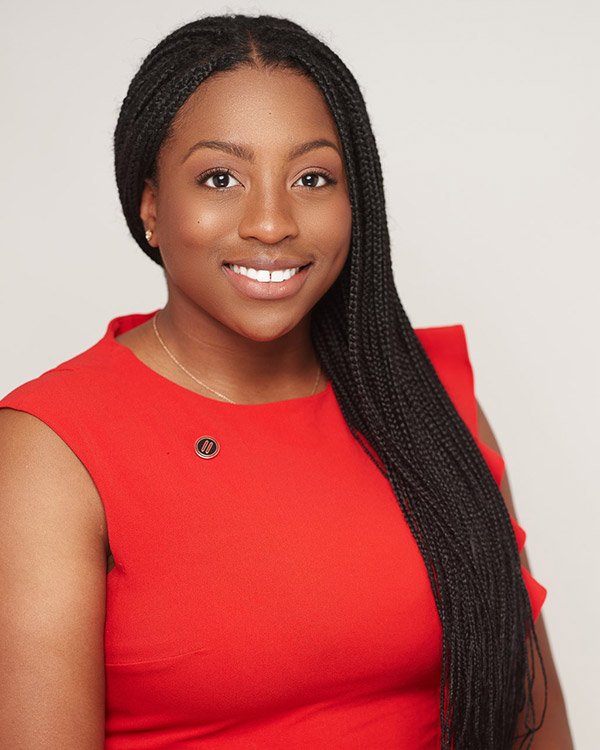 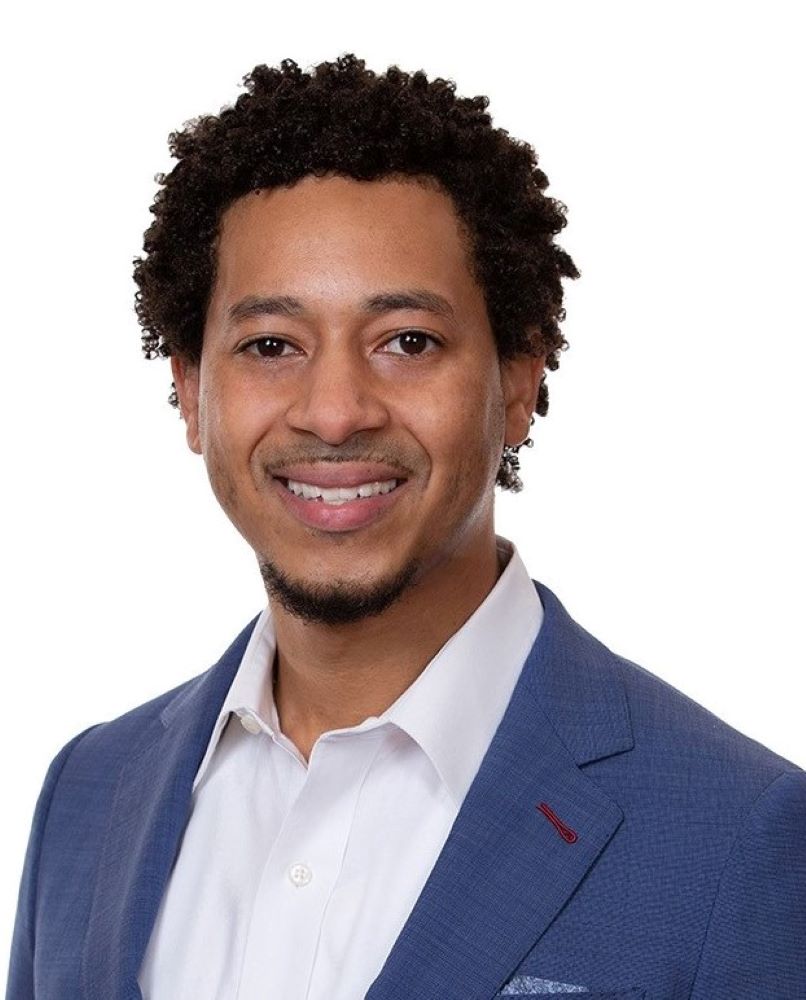 Monisha Perkins is a native of Fernandina Beach, FL and now resides in Orlando, FL, proudly serving Florida House District 46 as a Legislative Assistant to Representative Travaris McCurdy. She attended Valencia College and Bethune-Cookman University. In 2010, through a coordinated campaign, Monisha worked as a Field Organizer for the Congressional Campaign to re-elect Congresswoman Corrine Brown and Bill Segal for Orange County Mayor. That same year she worked to elect the youngest Orange County Commissioner in the commissions' history Tiffany Moore-Russell. Monisha joined Commissioner Tiffany Moore-Russell’s office managing community affairs, constituent concerns, and intergovernmental relations between elected officials.  Monisha remained in her role throughout the conclusion of the commissioner’s term. In November 2014, Monisha became the Campaign Coordinator to elect the first African American Clerk of Court in the State of Florida.

She has since built a career working in faith-based organizing throughout central Florida, engaging faith leaders in the civic engagement and voter registration process. In addition to her government and organizing experience, Monisha is actively involved with Orange County Public Schools as a mentor and has been a member since 2014 of the Central Florida Urban Young Professionals she’s currently serving as the President. She’s a very active member of her church, The Experience Christian Center.

Petagae Butcher grew up in South Florida and went to college at the University of Central Florida. After studying Management Information Systems she took a consulting job in Boca Raton. After 8 years she changed companies and decided to set off in a managerial position within a software company in Coral Springs. In 2017 she relocated back to Orlando to work for Darden Restaurants as an IT Project Manager. She has an older sister who is a speech therapist in Baltimore, MD. Being of Jamaican heritage has had such a large impact in how she carries herself and approaches situations.

Petagae fell in love with the Urban league while looking for an organization to volunteer with. The focus that the Broward Urban League had on high school juniors and seniors going into college was very moving. To be part of an organization that strives to serve underserved communities is a great honor. Petagae has had various leadership roles with the Broward county YPN and credits her experience there for allowing her to handle situations in life.

Atiyah Appline was born in Fairfield, CA and now resides in Orlando, FL, working for Seminole County as a Housing Stability Case Manager for persons affected by COVID-19. She currently attends the University of Central Florida pursuing her Master’s in Public Administration and recently graduated with her Bachelors in Social Work with a Certificate in Children Services. While attending UCF, Atiyah was a senator in Student Government, where she created Black Caucus. In 2019, Atiyah was chosen to go to Israel to study the Israeli-Palestinian conflict. She joined CFULYP after graduating from UCF with her bachelor's to get move involved in the community.

Katrina Riettie attended Florida A&M University, where she studied communications. In college, she was an intern for the Florida House of Representatives and Senior Class President. Currently, Katrina works as an Operations Manager for a Real Estate Developer. As a former foster child, Katrina's biggest passion is helping her community. She volunteers as coach for Girls on the Run and has hopes to "buy back the block" by starting a non-profit for foster care children.

Katrina was born and raised in the City Beautiful, Orlando. She is an avid reader and her all-time favorite book is Beloved by Toni Morrison. She has a passion for running and other cardio based workouts.

Jasmyne Reese is a true advocate for small communities. She is a native of the historic Town of Eatonville, the oldest municipal incorporated by African Americans. It was here that Jasmyne learned not only the importance of community but the necessity for advocacy and accessibility.

Jasmyne attended Florida A&M University and received a bachelor’s degree in interdisciplinary studies from the University of Central Florida. She has stayed rooted in her community and has spearheaded many accomplishments for her hometown. She has centered her advocacy work on the intersections of race and health inequities. Within this work, she creates solutions and policies that increase access to a better quality of life for marginalized communities. Jasmyne increased property values and reduced slum and blight within Eatonville by creating and implementing residential and commercial grant programs. She also helped plan the Robert Wood Johnson Foundation Site Visit, which led the Town of Eatonville to be the recipient of the 2018 Culture of Health Prize. She has been instrumental in preserving Eatonville’s history and significance through restoration projects such as the “Dust Tracks on a Road” Historic Trail, which has been nationally broadcasted.

Jasmyne currently serves as the Interim Executive Director of Playground City in Orlando, Florida, a nonprofit organization making education fun and playful for residents of all ages.

Corey Shirley was born and raised in West Palm Beach, FL and has been a resident of Orlando, FL for the past 8 years. He attended Florida State University and received a dual major in Business Management and Real Estate, while in Tallahassee. After college, he began his career in a management trainee program here in Orlando and worked his way up the corporate ladder. After 7+ years, he transitioned to a career in Real Estate and currently hangs his license with the Southwestern Real Estate Company based throughout Central and South Florida.

When Corey is not being active and soaking up the Florida sun, he is usually traveling out of the country and exploring the world with a great book. One of his favorite books to read is the Alchemist by Paulo Coelho. Corey is dedicated to helping others reach their greatest potential and joined the Central Florida Urban League Young Professionals to make an impact in his community.